It’s been a while since the last post, but I though I’ll start to share some kind of build log from one of my current project: Cyberdeck.

Ever since I saw that my friend Heikki showed me his cyberdeck in the late summer of 2020, I immediately wanted to build one too. Not that I had any real world use for it, but it sounded really nice project where I can learn 3D design.

Cyberdecks are basically portable, chunky computers that takes inspiration from cyberpunk. Check these examples from Zack Freeman and Jay Doscher

The plan is to have a mobile station for electronics work. Therefore I went with the following component list:

This table will contain list of used materials/parts as those are taken in use in the project. It will be updated during the project.

I went with Clas Ohlson’s 34x29x15cm case. At first I was going to make the project to a smaller case that I had a spare one, but after calculations it proved to be too small for 12,5” Thinkpad screen. Earlier plans included 10” non-FullHD screen.

The first step was to create a close copy of the case in Fusion360. I made only a quick mockup of the case, just to help with visualizing the project and plans. 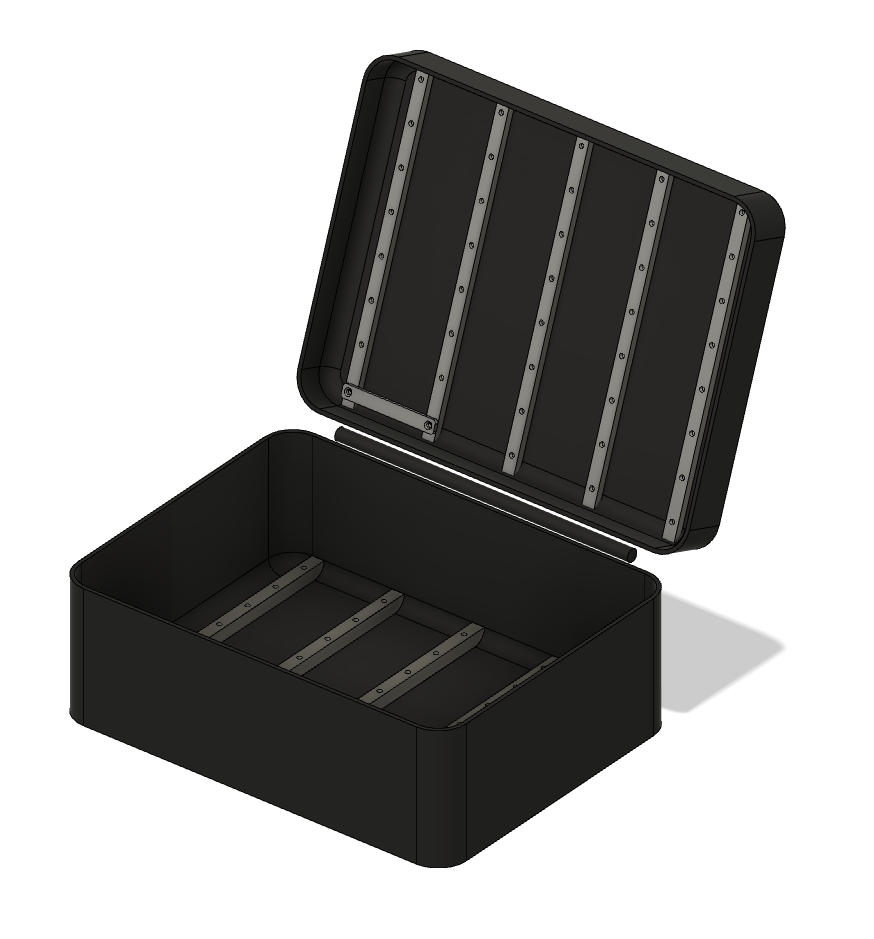 The first problem was how to attach all the interior tech inside the case. I wanted something modular so I can later add, change or remove some parts. I came up with an idea of adding rails/bars in the lid and bottom of the case. Rails have holes for heat inserts, so I can attach my modules with screws.

Here is a pic of the rails and bars before gluing 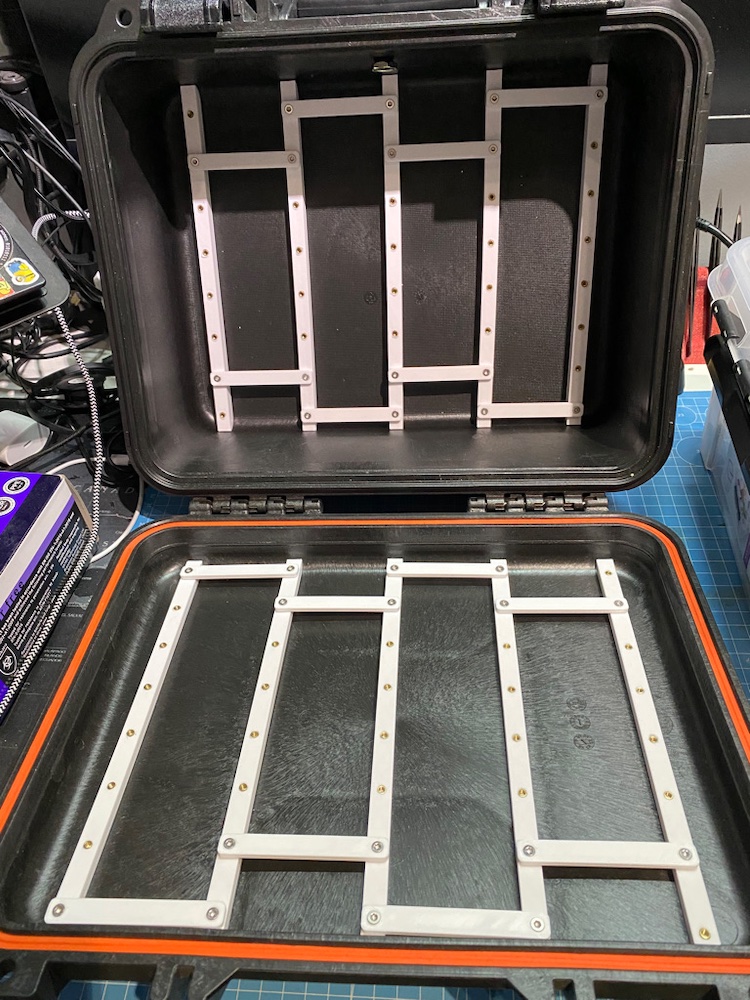 Vertical bars between the rails are only to help align horizontal rails straight when gluing them.

I glued the rails in one take with instant glue. I wasn’t happy with the result, since using instant glue, you have to be quite fast to get everything in place before glue dries. I decided to change tactics with bottom case’s rails. 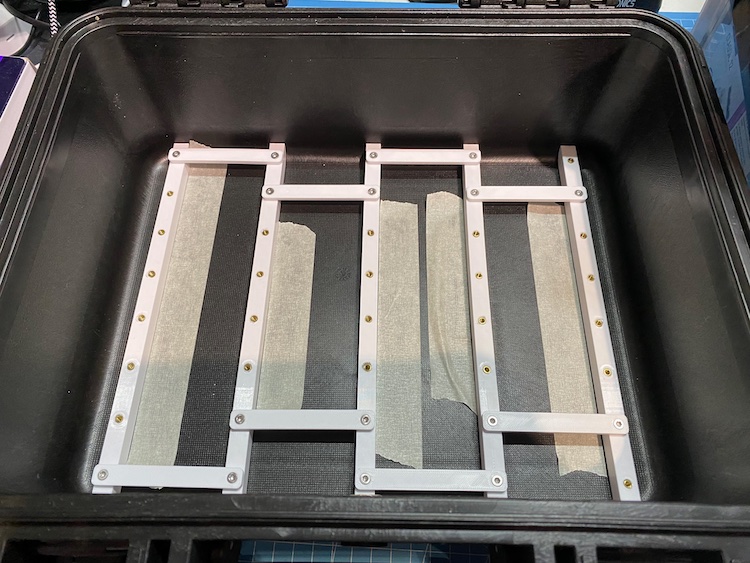 By using the tape, I didn’t have such a hurry to get all rails glued and then placing them exactly where they should go.

After glue was dryed long enough, I removed the vertical bars from the lid. And in the end, both ways (all in one go and one rail at the time) worked good enough- 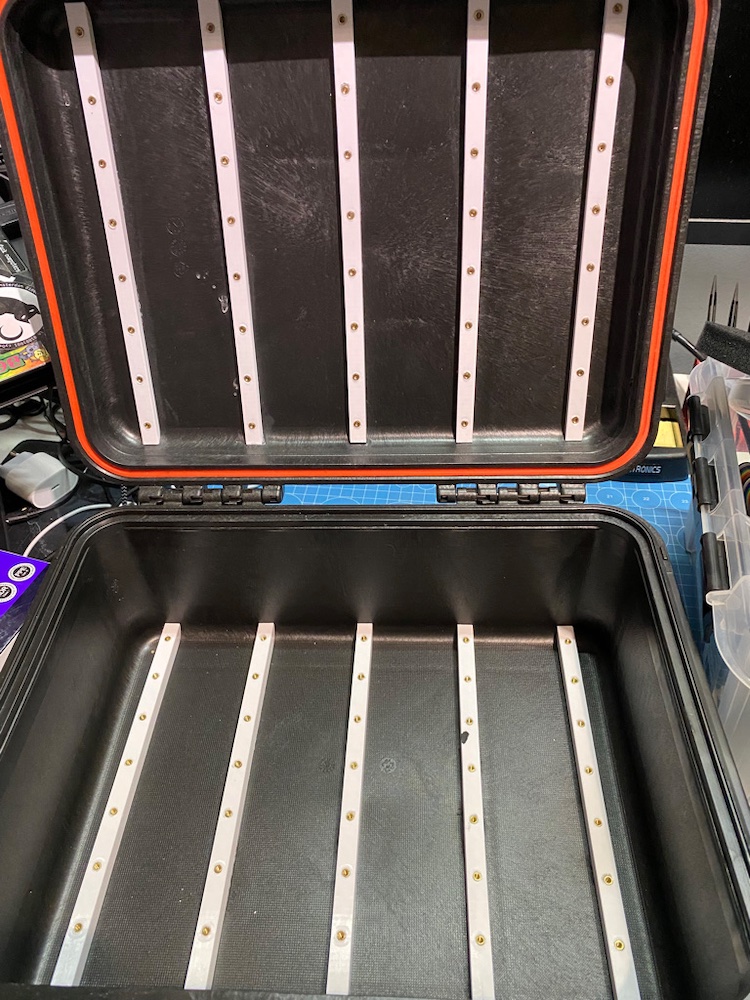 That one black thing in the second bar from right is a pice of a glove that I manage to glue in to the rail..

Now starts the hard part: I need to start designing and thinking how I place all the parts in there.

Shoutout to another Heikki for proofreading the post and giving some tips!